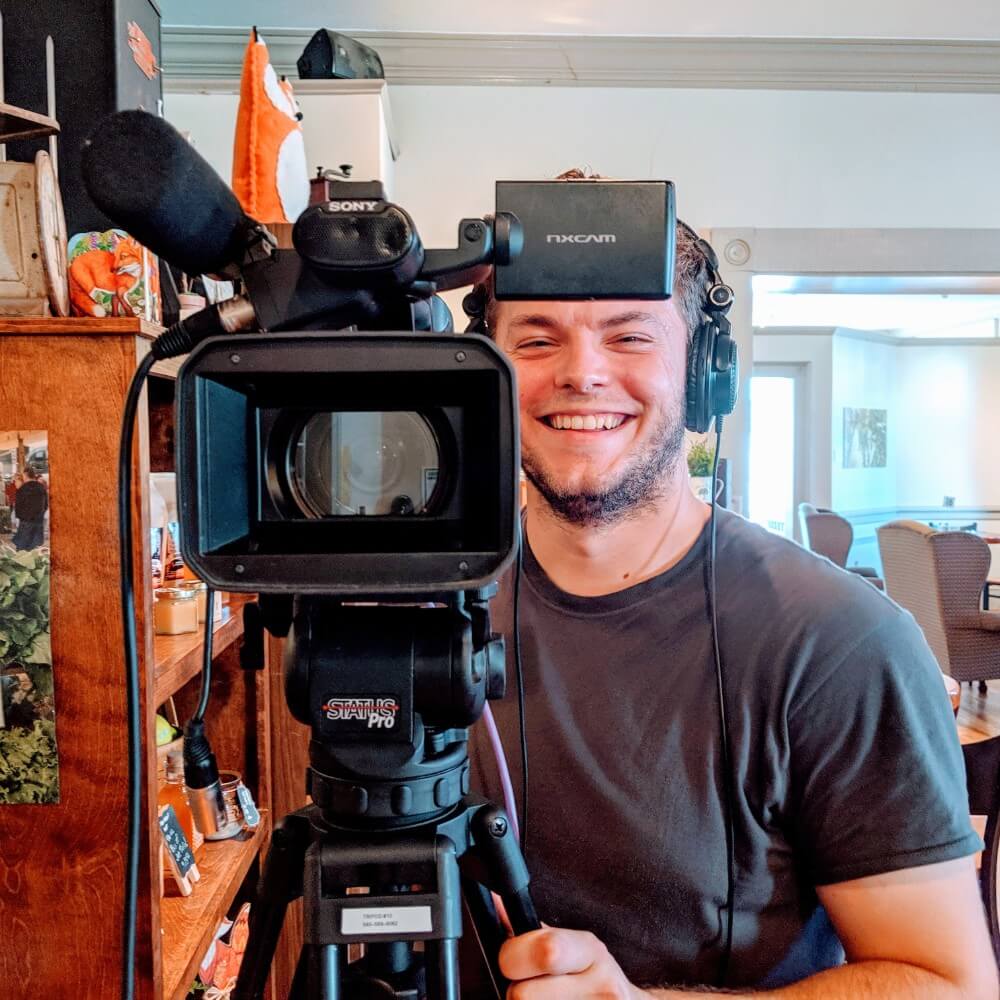 What do you do at Addison Clark?
I'm the videographer and video editor in the office. I do anything from shooting internal videos for the benefit of the company to setting up and producing client videos for their websites and social media. I handle all steps in the video production process from pre-production through post-production.

What's your favorite thing about your job?
Being able to work within my major and utilizing my degree is a wonderful thing. I'm incredibly lucky to be able to work in an art medium that allows me some creative liberty.

Name three things you'll find on your desk at work.
My Vegeta bobblehead that I got from an old laser tag arcade (remember those?), my Fisher space pen that I carry with me everywhere, and my James Madison University Yeti mug. Go, Dukes!

What is your biggest pet peeve?
My biggest pet peeve is probably sleeping in late. I know that pet peeves are usually something that someone else does to annoy you, but I think this goes both ways. Nothing ruins my day more than waking up on a Saturday at 1 pm, and then hearing students in high school brag about doing that (I was one of those people). It's bittersweet because you don't realize how much free time you have while you're young until it's too late.

What do you enjoy doing in your spare time?
I enjoy playing music in my free time and lending my talents to produce indie projects and films. I'm a drum set player by trade and learned everything I know from my career musician father.

Who would play you in a movie?
Probably that kid in Whiplash that gets abused by J.K. Simmons, expect that in reality I would have slept through the music class because I could never get to an 8 am class on time, let alone a 6 am class.

If you could choose any ONE superpower, what would it be and why?
Family Guy did this bit where there was a superhero called Captain Hindsight and his power was to simply show up to a bad situation and say how it could have been avoided. I think useless anti-superheroes like that are hilarious so something along those lines. I envision myself having the ability to tell the time without looking at a watch or a phone, but I would always be 37 minutes off one direction or the other. Impressive, but ultimately useless.

Are you a cat person or a dog person?
Cat person, definitely. I love a good dog, but I much prefer having a laid back, self-maintaining feline that I see a few minutes a day before it disappears to wherever it happens to go to bask in the sunlight of a window.

If you could travel in a Time Machine, would you go back to the past or into the future?
I think I would go to the future to the year 3000 to see if it resembles in any way what I watch on Futurama. If there aren't interplanetary delivery services and celebrity heads in jars kept alive by science, I'll be pretty disappointed.