Dyer Immigration Law Group is a Virginia-based law firm that specializes in immigration law for businesses, families, and individuals. Their services encompass a wide range of immigration issues, including employment-based immigration, deportation defense, and naturalization and citizenship. Through the years, they have helped countless individuals and companies achieve their immigration goals through innovative solutions and client-focused advocacy. 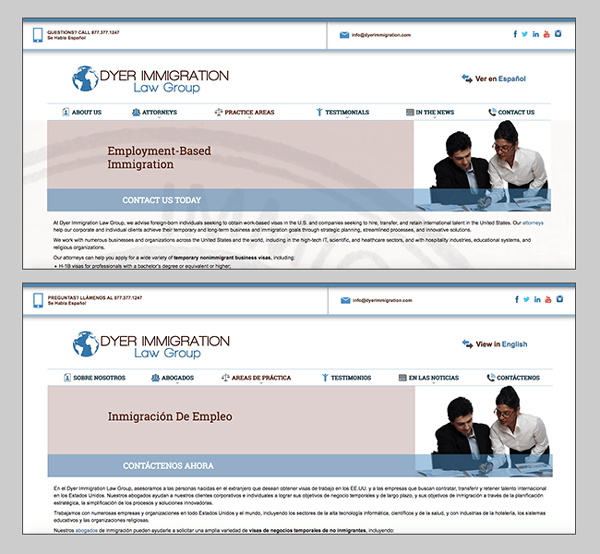 Addison Clark designed and implemented a bilingual website for Dyer Immigration, taking into account both the language and cultural differences of their audiences. The website has the ability to toggle between an English version and a Spanish version, presenting all of the needed information to both audiences. In addition, Addison Clark manages Dyer Immigration Law Group’s email marketing, sending out emails with relevant immigration news in both Spanish and English.

As a result of their new bilingual website, Dyer Immigration has seen significant conversions on both sides of the site – English and Spanish. Additionally, their bilingual email marketing campaign continues to have record-setting open rates for their industry.